AmVets Hawaii Ewa Battlefield Memorial Initiative : For Immediate Release We need your help to preserve the memory and sacrifice of our fallen who were killed at Ewa Battlefield during the Japanese attack on Pearl Harbor on END_OF_DOCUMENT_TOKEN_TO_BE_REPLACED 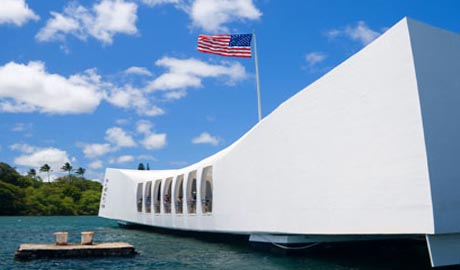 Our mission is to provide advocacy, support and assistance for all who served honorably in the United States Armed Forces: past, present and future Veterans and their families;
To inform, influence and inspire others to serve in our military and civilian communities; and,
To honor and never forget our Nation’s Veterans service and sacrifices in defense of our Nation.

The purpose of this training course is to equip you with the tools necessary to deal with at-risk Veterans whose problems fall outside the reach of government policies and Veterans Service Organization (VSO) programs.

To ensure veterans with medical needs receive the help they have earned to access the best quality healthcare, including mental health and specialized services (traumatic brain injury, polytrauma, post-traumatic stress) and live longer, healthier lives. These services are free. You served and now it is our turn to serve you.

Honoring the Past, Inspiring the Future

– Preserve and Honor: Remembering the legacy of those who came before us

– Educate and Inspire: Passing the legacy on to the generations who will follow

It is our duty and our solemn vow to never forget those who fought and died since this birth of our nation, to the brave men of the USS Arizona, to our fallen comrades today. May they rest in peace and know they will never be forgotten.

President Lincoln said that speeches and statues are not an adequate repayment for service in defense of one’s country. One day of remembrance is simply not enough for what these veterans died for. For we are able to choose freedom today because of the bravery of those men and women whose fate, on that day, had been chosen for them.

AMVETS (American Veterans) is the nation’s most inclusive Congressionally-chartered veterans service organization, representing the interests of 20 million veterans. AMVETS is open to and fighting for all who honorably served in the United States military, including the Reserve and Guard. With more than 300,000 members nationwide, we are veterans serving veterans.

AMVETS NATIONAL MISSION STATEMENT: To enhance and safe­guard the enti­tle­ments for all Amer­i­can Vet­er­ans who have served hon­or­ably and to improve the qual­ity of life for them, their fam­i­lies, and the com­mu­ni­ties where they live through lead­er­ship, advo­cacy and services.

What: Rolling To Remember
When: 29 May 2022,
Where: Washington, D.C.
POC: AMVETS National
Official website: https://www.RollingToRemember.com

THE BATTLE OF MIDWAY ANNUAL COMMEMORATION:

Healthcare, Education, Advocacy, and Legislation (HEAL) Summit for Our Nation’s Defenders at the University of Hawaii at West Oahu.

American Veterans (AMVETS) and the Department of Veterans Affairs (VA) signed Memorandum of Agreement (MOA) in furtherance of their ongoing efforts to eliminate risk factors that contribute to veteran suicide and establish programs and practices that offer at-risk veterans the interventions necessary to avert potential suicide risk. The agreement enhances cooperation between the AMVETS HEAL Program and the VA, through the VHA Office of Suicide Prevention. Together, AMVETS and the VA will identify and eliminate the barriers veterans face in accessing healthcare, enroll more at-risk veterans into the VA healthcare system, and providing training for those who work with veterans so that intervention begins once red flags are identified. “Suicide prevention remains VA’s top clinical priority, and I’m pleased to join with AMVETS and other partners to do all we can to help our Veterans in need,” said VA Secretary Robert Wilkie.

AMVETS Hawaii opened our West Oahu Veterans Center to provide a gathering place for our members and other Veterans Service Organizations (VSOs), to conduct workshops, training, post meetings and other activities for Veterans, Service members and their families. On August 15, 2020, AMVETS Hawaii received the real-estate agreement of the US Navy facility to accept it on an “As Is” basis. AMVETS Hawaii renovated building 612 and 612A  (3030 sq. ft.), to include a tennis court, and two softball fields to be dedicated to serving Veterans and VSOs.

Hawaii lead a program called ‘The General Hank Stackpole Legacy Project for the Alleviation of Chronic Pain’. It is based on the Biomodulator technology and has been utilized for military patients in Hawaii for or over 10 years. The program serves active duty men and women as well as Veterans in alleviating chronic pain issues and helps them to reclaim their lives.

AMVETS Hawaii completed the building of the NAS Barbers Point Memorial in May 2021 after establishing a committee under the leadership of Colonel Jason Seal, (USMC, Ret.), on the grounds of the Kalaeloa Airport. The purpose of the memorial is to honor our Veterans of World War II, Korean War, Vietnam War, Cold War, Gulf War, and all who were stationed at the Naval Air Station from 1942 to 1999. AMVETS Hawaii – Hawaii Department of Transportation MOU.

The AMVETS Memorial Carillon Bell System at Punchbowl is maintained by AMVETS Service Foundation, IAW, AMVETS-Cemetery MOA.  AMVETS decided that a “living” memorial, a carillon whose bells, symbolic of Thomas Jefferson’s historic words, “Eternal vigilance is the price of liberty,” tolling as a constant reminder that the sacrifices made by those who died were not in vain, but also serves to remind us of our legacy and of our debt to those who fought to preserve freedom throughout the world.

In September 2018, NPS entered into a Grant Agreement with AMVETS Hawaii Service Foundation Corporation pursuant to the Battlefield Preservation Assistance provisions of the American Battlefield protection program with the NPS to identify, evaluate, interpret, and protect historic battlefields and sites associated with wars on American soil.

Help us make a difference…

AMVETS has been proudly serving American veterans for more than half a century. Founded by World War II veterans, the organization has grown to where, today, its membership enrolls veterans from all areas, Anyone who has honorably served in the United States Armed Forces after Sept. 15, 1940, to include those on active duty as well as in the Reserve Components. The purpose and goals of AMVETS, as spelled out in the organization’s 1947 congressional charter, still ring true today.

Among these aims are:

Since then, the original charter has been amended several times to admit as members those who served in different eras. On 16 October 2002 the 107th Congress enacted Public Law 107-241 (H.R. 3214), an Act to amend the Charter of the AMVETS organization to “AMVETS (American Veterans)”. Today, membership in AMVETS is open to anyone who is currently serving, or who has honorably served in the U.S. Armed Forces from World War II to the present, to include the National Guard and Reserves.

To help provide needed support and assistance for all who served honorably in the United States Armed Forces: past, present and future veterans and their families.

(1) To inspire in AMVETS membership a sense of responsibility and to develop leadership for the preservation of our American democratic way of life;

(2) To help unify divergent groups in the overall interest of American democracy;

(3) To train our youth to become purposeful citizens in a democracy with full knowledge of the responsibilities as well as the privileges of citizenship;

(4) To cooperate with all duly recognized existing veterans organizations in the furtherance of the aims of the veterans who have served or are serving in the Armed Forces of the United States during and since World War II; (5) To ensure the orderly return of the veteran to civilian life by protecting the rights of individuals while the service member is still in uniform;

(6) To act as a liaison agent between the veteran and the government;

(7) To provide an organization to encourage fellowship among all American veterans who have served or are serving in the Armed Forces of the United States during and since World War II;

(8) To keep the public forever reminded that the American veterans who have served or are serving in the Armed Forces of the United States during and since World War II fought and served to preserve peace, liberty and democracy for their nation;

(9) To inform, influence and inspire others to serve in our military and civilian communities

(10) To help provide needed financial support and assistance to service members, veterans and their families;

(11) To help provide needed financial support and assistance for the preservation of Ewa Battlefield and other historic sites;

(12) To help provide needed financial support to build and preserve memorials and monuments in Hawaii; and,

(13) To honor and never forget not only our World War II veterans who died at Pearl Harbor and Ewa Field, but also those many more who died in sea battles, distance coral atolls – Coral Sea, Midway, Wake- their names often never recognized or mentioned for their sacrifices; and all other conflicts.