Production on the “A BAND TO HONOR” Documentary (based on the story of the USS Arizona Band) is moving along very well. After each “production” trip we hope to post a brief teaser for all our friends and followers.

The people we are meeting have been simply wonderful and we are proud to tell the story of the band and the story of these other fine folks who do so much to keep the legacy of the USS Arizona alive.

Extremely proud of Annette DeJong Hull – She has captured some AMAZING FOOTAGE in Hawaii and Arizona – As the project’s cinematographer she has the role of creating the projects look – All of the footage we use in this project (with the exception of the drone footage and some of the archival footage we will be using) will be filmed by Annette. So far she is kicking butt!!!!

We hope you will continue to follow us – We should complete all of our interviews and filming for the project by the spring of 2018. Yahoo!!! What a great adventure!!!! What a hoot!!! 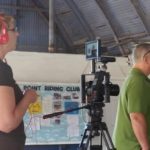 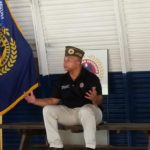 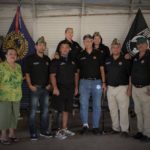 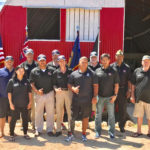 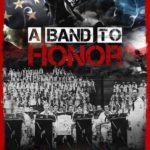 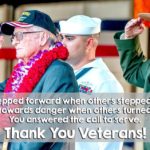 What a great group of people!!! Hard working, dedicated and very patriotic – Donovan Andrew Lazarus and the #AMVETSHAWAII group that shared their Sunday with us were simply awesome!!! We want our Documentaries to be about the human spirit and, my oh my, does this group have a great spirit!

In addition to being the KEEPERS OF THE USS ARIZONA MEMORIAL WALL, the AMVETS HAWAII mission also provides advocacy, support, and assistance for military, veterans and their families; to inform, influence and inspire; and to honor and never forget those who died not only at Ewa Field, but also those many more who died in sea battles or distance coral atolls – Coral Sea, Midway, Wake- their names often never recognized or mentioned for their sacrifices.

As I said – An amazing group of people with a great story!

Thank you – Donovan, Anne Lazarus, Valerie VanderVeer of the Barbers Point Riding Club, Mr. Ed Martinez, Jr., Mr. Lawrence M.G. Enomoto and everyone one else who supports this great group!

Nine World War II veterans clubs, met in Kansas City, Mo., and founded The American Veterans of World War II on Dec. 10, 1944. Less than three years later, on July 23, 1947, President Harry S. Truman signed Public Law 216, making AMVETS the first World War II organization to be chartered by Congress. Since then, the original charter has been amended several times to admit as members those who served in different eras. On 16 October 2002 the 107th Congress enacted Public Law 107-241 (H.R. 3214), an Act to amend the Charter of the AMVETS organization to “AMVETS (American Veterans)”. Today, membership in AMVETS is open to anyone who is currently serving, or who has honorably served, in the U.S. Armed Forces from World War II to the present, to include the National Guard and Reserves.