With roots in World War II, Amvets was congressionally-chartered by President Truman. Expanded membership includes honorable service in any uniformed element of the U.S. Armed Forces since World War II.

Truly, AMVETS was born in the midst of war, for it was in August 1943, with victory still two years away, that a new organization, later to be known as the American Veterans of World War II, had its beginning. Overseas, the tide of battle was turning. The Allies had swept through North Africa and Sicily. In the Pacific, fighting raged in New Guinea. Thousands of Americans had made the supreme sacrifice. Hundreds of others were being mustered out of uniform with battle wounds and medical discharges. These men who fought in history’s greatest war found it natural to seek each other’s company. They were united by similar experiences in jungles, in the Arctic, in deserts, in mountains, at sea and in the skies. Thus, out of such comradeship, AMVETS came to be.

Formed in Washington, D.C., two independent veterans clubs, one on the campus of George  Washington University, the other of veterans employed by the government, joined together to sponsor a servicemen’s party. By September 1944, other such veteran’s clubs organized throughout America. In California, Florida, Louisiana, New York, Oklahoma, Rhode Island, Tennessee and Texas. On Nov. 11, 1944, a Veterans Day article entitled “12,000,000 in search of a Leader” appeared in COLLIER’S. This story, written by Walter Davenport, introduced the clubs and outlined their three mutual aims: to promote world peace, to preserve the American way of life, and to help the veteran help himself. In December 1944, 18 leaders, representing these nine groups, met in Kansas City, Mo. There, a national organization was formed and on Dec. 9, 1944, the name “American Veterans of World War II” was chosen. The word AMVETS, coined by newspaper headline writers, soon became the official name. The white clover, a flower that thrives in freedom throughout the world, and is symbolic of the struggle during World War II, became the adopted flower of AMVETS.

In October 1945, two months after the end of World War II, the first national convention was convened in Chicago. In 1946, AMVETS petitioned Congress for a federal charter. AMVETS, having displayed dignity and a sound approach to national problems, won the deep respect of Congress and on July 23, 1947, President Harry S Truman signed the AMVETS charter. The words of the Senate Judiciary Committee echoed throughout the land, “The veterans of World War II are entitled to their own organization, and AMVETS, being organized along sound lines and for worthy purposes . . . having demonstrated its strength and stability is entitled to the standing and dignity which a national charter  will afford.” President Truman also commented, “Were I a veteran of this war, I would prefer to have a veteran of World War II looking after my affairs, than a veteran of some other war.”

When the war broke out in Korea and again in Vietnam, AMVETS requested Congress to amend the charter so that those serving in the U.S. Armed Forces would be eligible for membership. On Sept. 14, 1966, President Lyndon B. Johnson signed the bill redefining the eligibility dates for AMVETS membership, stating “Any person who served in the Armed Forces of the United States of America, or any American citizen, as an American citizen, who served in the armed forces of an allied nation of the United States at anytime after Sept. 15, 1940, and on or before the date of cessation of hostilities as determined by the government of the United States is eligible for regular membership in AMVETS, provided such service when terminated by discharge or release from active duty be by honorable discharge or separation.” On May 7, 1975, President Gerald R. Ford signed Proclamation 4373, terminating the Vietnam era and announcing the cessation of hostilities. Effective May 8, 1975, the armed forces became a peacetime service.

For nearly 10 years, AMVETS did not accept into membership servicemen and women who served after May 7, 1975. On May 31, 1984, President Ronald Reagan signed Public Law 98-304, which amended AMVETS’ congressional charter to open membership to those who served honorably and actively after May 7, 1975. AMVETS is now the only congressionally chartered veterans service organization that recognizes the sacrifices of these veterans and service persons by extending membership eligibility to them.

At the 46th and 47th national conventions, the contributions made by the National Guard and Reserve forces were recognized and membership eligibility was extended to include all ready reserves. Membership in AMVETS is now open to any person who has served or is serving in the U.S. Armed Forces during and since World War II, including all National Guard and Reserve personnel. At the 49th National Convention in 1993, the eligibility of merchant marines who served this country in time of war was addressed and approved. Merchant marines who are considered veterans and eligible for VA benefits (and have received a DD-214 from either the Navy or the Coast Guard) are eligible for AMVETS membership. 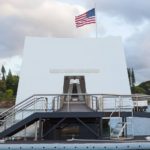 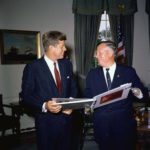 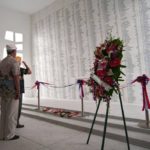 Amvets played an instrumental role in the memorial’s completion through funding a wall of names and replacements. There is currently a dedicated memorial room at Amvets Headquarters.

Also Known as “the Veteran’s Oscar”. Annually presented since 1954, recipients from all walks of life recognizes excellence/achievement.

The Memorial Carillons is a living memorial dedicated to fallen veterans. President Truman dedicated the first Carillon at Arlington National Cemetery. There are currently more than 70 Carillon sites worldwide.

Donations can be made via mail. 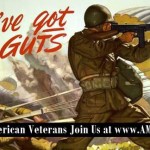 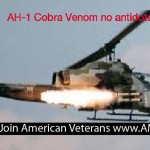 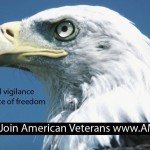 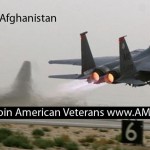 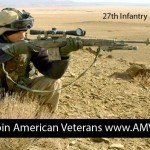 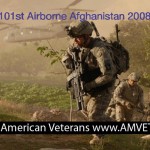 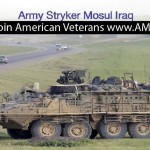 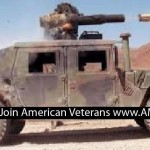 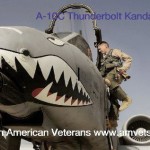