Leave No Americans Behind!

On Saturday, June 6, 2020 we will commemorate the 78th Anniversary of the Midway battle and those lost from Ewa Field. Ewa Field symbolizes the phoenix rising from the 1941 ashes to in 1942 leading the in the Pacific War.

in partnership with the Hawaii WWI Centennial Task Force

cordially invite you to attend a joint ceremony

to commemorate the Centennial of Armistice Day,

and to Celebrate all American Veterans, past and present.

Eleven o’clock in the morning

cordially invites you to attend the

on Saturday, the tenth of November

American Renaissance Academy are hosting the above event to honor the sacrifices of all our Veterans,

Email your RSVP to admin@amvets-hawaii.org, 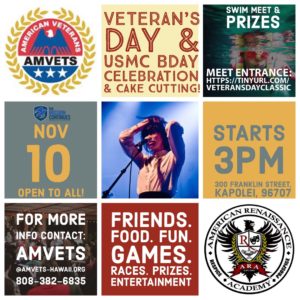 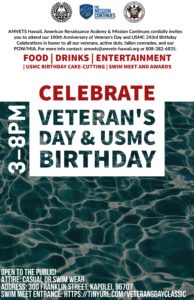 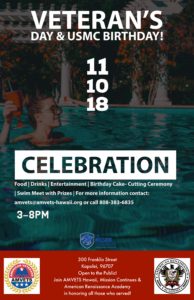 You are invited to attend the unveiling of the Centennial Memorial plaque awarded by the National WWI Centennial Commission distinctive award for Hawaii’s only WWI Memorial. On Friday, 0900, 2 NOV 2018 at the War Memorial Natatorium, 2815 Kalakaua Avenue, Honolulu, HI 96815.

What: Unveiling of the Centennial Memorial Plaque

Time: Nine o’clock in the morning

Where: World War One Memorial

Please visit the following link to the Air Force Institute of Technology to open your invitation https://einvitations.afit.edu/inv/anim.cfm?i=422191&k=066340087256

The 100 Cities / 100 Memorials program, sponsored by the US World War One Centennial Commission has designated 100 memorials in 100 cities as official “WW1 Centennial Memorials” following a nationwide competitive nomination process. A plaque representing this designation will be affixed to the Memorial for permanent display of this special honor.

Mr. Kenneth Clarke, originator of the Centennial Memorial program explains the significance of this designation for the Cities and States honored by this designation: “By designating 100 WWI memorials across the nation…. we honor the names of those who served and the history of the communities where they lived.” This national recognition of Hawaii’s 9,800 WWI Service Members will be acknowledged at the ceremony.

Colonel Timothy D. Connelly, the Deputy Commanding Officer for Operations, 9th Mission Support Command, is our main speaker, and will unveil the plaque.

This is only the second plaque to be affixed to the exterior of the WWI Memorial, the first being the one mounted by the City of Honolulu of and unveiled 18 years ago on Memorial Day, May 26, 2000, by Mayor Jeremey Harris.

The ceremony will last forty minutes, but please arrive early to find parking along Kalakaua Ave.

Join Us & Learn about Bees in School

Please join us on the 4th Floor of the Sullivan Center at ‘Iolani School on Saturday October 13th. The workshop is geared towards sharing methods of teaching others about bees and beekeeping.

Who: Opened to All, including Educators and Beekeepers

The Defense POW/MIA Accounting Agency (formerly known as JPAC) annual ceremony for National POW/MIA Recognition Day. This year’s event will be held on September 21st. We’ll gather as usual at the National Cemetery of the Pacific (Punchbowl) for the 1000 event. 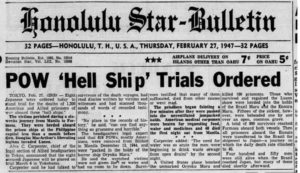 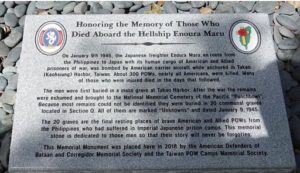 AmVets Hawaii will participate in the World War II POWs Memorial Dedication Ceremony on August 15th, at National Memorial Cemetery of the Pacific (Punchbowl), to honor the memory of the 400 men who died on the Enoura Maru during WWII. The servicemen and mariners buried as “Unknowns” in the 20 gravesites at Punchbowl.

AmVets Hawaii will provide the necessary transportation and logistics support for this event. We are expecting about 60 family members of the 400 POWs to attend this event.

Reserve your spot at the Commanders & Presidents’ Banquet

Prefer to register or purchase tickets offline? Scroll down to the bottom of this page for info.

On June 2, 2018 we will commemorate the 76th Anniversary of the Midway battle and those lost from Ewa Field. Ewa Field symbolizes the phoenix rising from the 1941 ashes to in 1942 leading the in the Pacific War.

This will be an officially sanctioned event recognized by the WWII Valor in the Pacific National Monument. 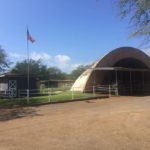 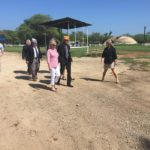 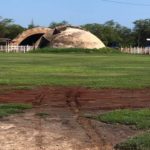 The Ewa Battlefield is a part of the Pearl Harbor 75th Anniversary. For a full schedule of events, click here.

Universal Pictures presents “Thank You For Your Service”

RSVP to Commander Donovan Lazarus at

This is an FREE advance screening for active duty military, veterans, retirees, surviving spouse and their families.

Note. On Sunday, June 4th, we will assemble at 0900 hrs for a short out door opening ceremony. Then we will re-assemble at a Quonset hut at the Horse Stables where outstanding presentations will be given by experts on the history of this area, the revetments that sheltered the aircraft and the war in the Pacific.

The Midway 75th Anniversary is now available for viewing on demand at any time you like.

John Bond, Ewa Historian: One of the best synopsis of the battle was given by the new Navy CNO John Richardson. I fully expected a fairly boring cheerleading speech but either he is a true history fan or just has really great research staff his account is one of the best I have heard as a speech because it sums up all of the key factors of the battle and how it all worked in favor of the United States winning.

On the video go directly to 41: 55. It is worth hearing and you will have a very good understanding of the key factors in this great naval battle and how it was won.