The SHAME and DISHONOR: A National Appeal To All Veterans For Justice 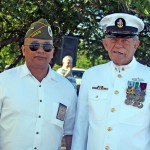 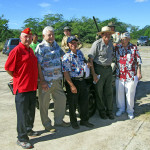 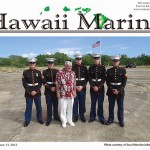 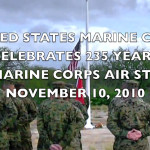 The Navy should be truly ashamed of their continuous intentional bureaucratic delay in the nomination of the Ewa Plain Battlefield. Every year combat veterans like John Hughes, USMC have come out to attend, for very possibly their last time, the annual Ewa Field December 7 commemoration. In frail health, he has just barely made the last two trips. Just recently we learned that Ewa combat veteran Albert Grasselli, USMC has passed away. It had been his hope to live long enough to see Ewa Battlefield finally nominated to the National Register.

In the seven years of working for the nomination of Ewa Field well over half we have been in contact with have passed away. More are just too frail in health to attend. They all ask “Why has this taken so long?” “What is preventing the Navy from acting on this?”

It could have been only a matter of months after receiving the Ewa Plain Battlefield nomination in February that it could have been sent back by the Navy to the National Register Keeper for approval. The local SHPO has done nothing except delay their review for the past seven months.

Apparently the Navy and SHPD relish their needless bureaucratic delay agenda to make sure there is no final justice and honor for Ewa Field veterans that are still alive. Their unnecessary bureaucratic delay really is an insider real estate agenda to push any possible Ewa nomination into 2016 and also well past the 2015 December 7 Pearl Harbor commemoration. This could have been especially important and memorable for the dwindling Pearl Harbor veterans in their 90’s like Major John Hughes. But its profits over honor and justice at NavFac Pacific. We will begin a national campaign to request all veterans and organizations to contact the Navy NavFacPac Command to call for them to reverse this shame and dishonor and approve the Ewa Plain Battlefield nomination without delay which is entirely within their Federal authority.

Approximately every three minutes a memory of World War II – its sights and sounds, its terrors and triumphs – disappears. Yielding to the unalterable process of aging, the men and women who fought and won the great conflict are now mostly in their 90s. They are dying quickly – at the rate of approximately 492 a day, according to US Veterans Administration figures.

“This place is sacred ground to the United States Marines that died there, to the Japanese aviators that perished and the civilian residents of Ewa plantation.”

“Remembering our solemn commitment to their memory is the promise that is fulfilled at battlegrounds that are preserved and enshrined by your nation.”

Nearly everyone today knows the story of “Pearl Harbor” and what happened. But that story largely neglects what happened in West Oahu on the Ewa Plain. Not just at Ewa Field and Ewa Plantation Village, where 40 planes were destroyed- four Marines and two civilians killed, and 65 reported wounded at local hospitals. Nearby Fort Barrette was also attacked by Japanese planes, killing one soldier and wounding others.

In addition there was fierce Ewa Plain air combat that saw five Japanese planes shot down and the still largely unrecognized story of 8 Navy SBD’s from the USS Enterprise that were also shot down, killing 11 officers and crewmen, as well as the two private planes shot down by Japanese Zero’s carrying three West Oahu Army soldiers.

If determined eligible, the Navy will support nomination (by others) of the Ewa Field Battlefield to the National Register of Historic Places. Support will include providing technical assistance, review of draft nominations and supporting documents, research/documentation assistance, and access to all archival materials. The Navy Region Hawaii Historic Preservation Officer will forward the nomination to the Navy’s Federal Preservation Officer for review and action, pursuant to applicable sections of 36 CFR 60.

§ 60.9 Nominations by Federal agencies.
(d) After receiving the comments of the State Historic Preservation Officer, and chief elected local official, or if there has been no response within 45 days, the Federal Preservation Officer may approve the nomination and forward it to the Keeper of the National Register of Historic Places, National Park Service, United States Department of the Interior, Washington, D.C. 20240.

The Navy as land owner reviewed the NPS ABPP funded GAI Consultants nomination product and signed a Determination of Eligibility (DOE) cover letter over the NPS-GAI nomination in November 2014 and sent it to the NPS Keeper of the Register. The Navy DOE submission was carefully reviewed by the NPS Keeper office in Washington, D.C., signed and accepted in February 2015.

The Navy agreed in a 2012 Programmatic Agreement to support the nomination of the Ewa Plain Battlefield to the National Historic Register. The Navy as land owner under Federal 36 CFR’s can now send in a cover letter to the NPS Keeper accepting the NPS-GAI NR nomination, as per the Programmatic Agreement. However, for reasons determined apparently by the Naval Facilities Engineering Command, Pacific (NavFac Pac) real estate office, the Navy 36 CFR position implies the NPS-GAI NR nomination is “third party” and must go to Hawaii SHPD and the Hawaii Review Board for approval before then going to the NPS Keeper of the Register.

If the Navy Kalaeloa lands are transferred before the Ewa Plain Battlefield National Register nomination is processed by Hawaii SHPD and the Hawaii Review Board, Hunt Corp can and likely will as the new land owner, reject the Ewa Battlefield nomination.

Meanwhile hundreds more WW-II veterans pass away and the Ewa Battlefield veterans may likely never live long enough to see the nomination. This will forever be a major stain of dishonor on those pursuing this delay tactic for the purpose of real estate profits over honor and justice.